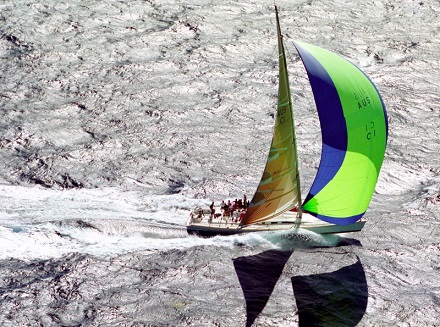 Boat owners of both monohulls and multihulls that are no less than 7.3m LWL and comply with Yachting Australia’s Special Regulations Part 1 for Category 2, are invited to compete in the 469 mile coastal challenge.

MHYC Commodore John McCuaig reported the decision to move the start date out to Friday was made in light of many sailors wanting to compete in the favoured race, but with the least amount of time taken away from their work.

“We are all time poor these days so we have tried to try to lessen the pressure on the boat owners and crew by making the start date right at a weekend. Many of the crews will enjoy a long weekend of racing the east coast from New South Wales to Queensland and still have time to get the boats back to their home ports by the end of Easter and in time for the Port Stephens Regatta which is on from 13th April or get ready to race in the Brisbane to Gladstone Race,” McCuaig said.

Racing will be in five categories – IRC, Performance Handicap System, ORCi, One Design classes as selected by the Organising Authority and OMR Multihulls.

The online entry system will open in November at http://smyr.mhyc.com.au and close on Friday 15th March 2015.

Sean Langman’s ORMA 60, Team Australia, set the race multihull record this year of 53 hours, 48 minutes and 40 seconds. Langman will be competing again in 2015 and is keen to see a strong fleet of mulithulls take up the challenge of the race and breaking that record. He thinks there may even be enough inter-state rivalry to generate a special prize. 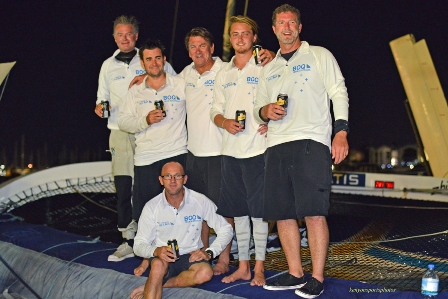 Both the Sydney and Brisbane offshore fleets have started talking up the race as they put together their race programs for the post-Christmas racing season. Tony Kirby’s Patrice, Matt Allen’s Ichi Ban, Keith Batt’s Mant Ragamuffin and Jim Cooney’s 80-foot Brindabella are all possible starters. They are all contenders to break the monohull line honours record of 68 hours, one minute and 43 seconds set by George Snow’s Brindabella in 1994.

The Notice of Race can be downloaded from the event website, http://smyr.mhyc.com.au.